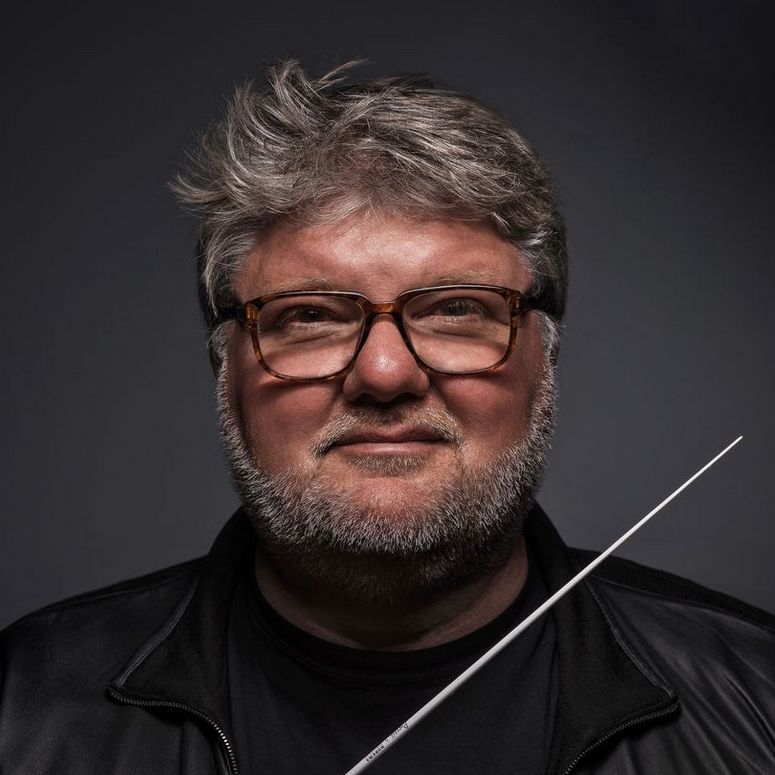 Grammy nominated conductor, cellist and conductor Dmitry Yablonksy was born in Moscow into a musical family. He began playing the cello when he was 5 years old and was accepted to the Central Music School for gifted children. At the age of 9 he gave his orchestral debut playing Haydn’s cello concerto.  Since then, his career has taken him to the most important stages in the world, such as the Carnegie Hall, La Scala, Moscow Great Hall, St. Petersburg Philharmonic Hall, Taiwan National Hall, Theatre Champs Elysees,, Tokyo Opera City Hall among others.  He has collaborated with many world-renowned artists as Monserrat Caballe, Roberto Alagna, Olga Borodina and many more.

Dmitry started to conduct at age 26 and has conducted more then 50 orchestras all over the world including The Royal Philharmonic Orchestra with whom he made 4 CDs.  Dmitry Yablonsky has studied cello with Isaak Buravsky, Lorne Monroe, David Soyer, Aldo Parisot and Zara Nelsova. He also took master classes with Mstislav Rostropovich, Janos Starker, Andre Navarra, Maurice Gendron, Misha Schneider among others. His conducting teachers have been Otto Werner Muller, Yuri Simonov and Gennady Rozhdestvensky.   He has participated in many festivals all over the world including Marlboro Festival.   He has recorded more then 90 CDs as cellist and conductor to great critical acclaim.

Since fall 2016, he is teaching cello and chamber music at the Buchmann-Mehta School of Music at Tel Aviv University and has been recently named Head of International Relations of the same University.  Dmitry plays two cellos: a Joseph Filius Andrea Guarneri and a Matteo Goffriller.