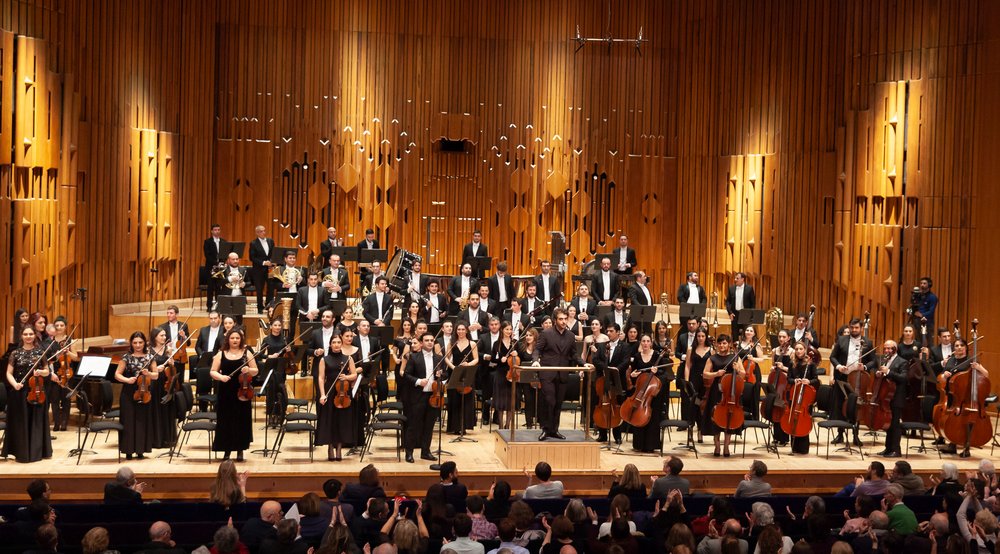 Emerging from a group of devotees and enthusiasts of classical music, the Armenian State Symphony Orchestra was created by Sergey Smbatyan, the present Artistic Director and Principal Conductor of the orchestra. The orchestra performs over 50 concerts in Armenia and across the world annually. The orchestra has a rich background of cooperation with Valery Gergiev, Vladimir Spivakov, Steven Isserlis, Gil shaham, Maxim Vengerov, Mikhail Pletnev, Denis Matsuev, Vadim Repin, Sergey Khachatryan, Boris Berezovsky, Zakhar Bron and other celebrated artists and conductors, as well as world-renowned composers such as Krzysztof Penderecki, Sir Karl Jenkins, Giya Kanchelli, Tigran Mansuryan, among many. Pursuing its mission of bringing the world heritage of classical music to local audiences, while promoting the legacy of Armenian composers worldwide, the Armenian State Symphony Orchestra has founded four annual classical music festivals - The Khachaturian International Festival, the Armenian Composing Art Festival, “Contemporary Classics” Composers’ Festival and the “ARMENIA” International Music Festival.

The Armenian State Symphony Orchestra keeps a high profile as a tech-driven promoter of innovation and for creative experimentation in art, leveraging AI, AR and other high-tech solutions in its artistic endeavors and pioneering many bold artistic enterprises in recent years, including involvement in WCIT-2019, foundation of the ArmSymphony AI Violin Competition, development of “My Orchestra” and “My Competition”digital applications, etc.

The orchestra also enjoys recognition for its increasing role in educating and integrating the youth as audiences in Armenia through the DasA educational-cultural project aims to spark interest and liking for classical music among high-school students across Armenia since 2018. 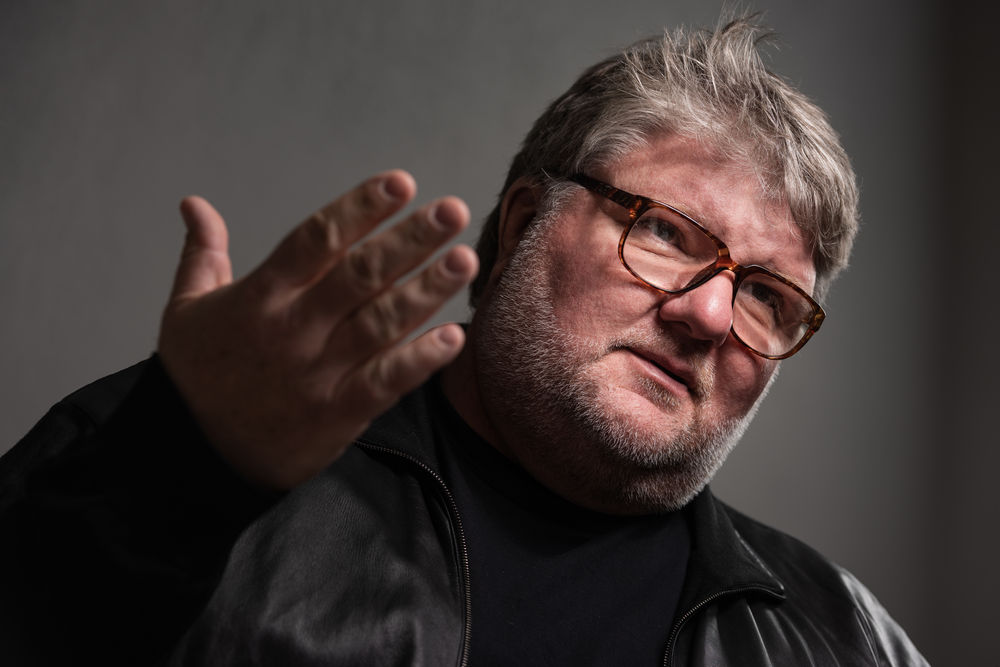 Grammy-nominated conductor, cellist, and conductor Dmitry Yablonsky was born in Moscow into a musical family. He began playing the cello when he was 5 years old and was accepted to the Central Music School for gifted children. At the age of 9, he gave his orchestral debut playing Haydn’s cello concerto.

Since then, his career had taken him to the most important stages in the world, such as the Carnegie Hall, La Scala, Moscow Great Hall, St. Petersburg Philharmonic Hall, Taiwan National Hall, Teatre Mogador, Cite de la Musique, Louvre, among others.

His mother is the famed pianist Oxana Yablonskaya, with whom he immigrated in 1977 to New York where he studied with Lorne Munroe (solo cellist of New York Philharmonic Orchestra), David Soyer, cellist of Guarneri quartet, and with Aldo Parisot.

In the summer of 1979, at the age 16, Dmitry was accepted to participate in Marlboro Music Festival in Vermont and was the youngest participant. There, he had the opportunity to meet many great musicians as M. Horszowski, M. Tree, M. Schneider, M. Foley... and after playing for David Soyer, cellist of Guarneri quartet, he offered him to come to Curtis Institute of Music to study with him.

In 2010 Dmitry Yablonsky received the Diploma of the Honorary Academician at the Independent Academy of Liberal Arts at the Russian Academy of Sciences. He has transcribed and edited works for cello, which was released by International Music Company and Dover Publications. Naxos records released his recording of all 40 Popper etudes for solo cello in the fall of 2008, which received great critical acclaim.

But maybe, his most important recording is the Piano trio recording for Erato/ Warner with Vadim Repin and Boris Berezovsky that has won numerous awards.

Dmitry Yablonsky has an enthusiastic and charismatic character that takes him to initiate many projects. He has organized many festivals all over the world and is the artistic director of Gabala Festival in Azerbaijan.

Dmitry Yablonsky is Music Director of Kiev Virtuosi and Conductor Laureate of Jerusalem Symphony Orchestra. Since fall 2016, he teaches at the Buchmann-Mehta School of Music at Tel Aviv University and has been recently named Head of International Relations of the same University. 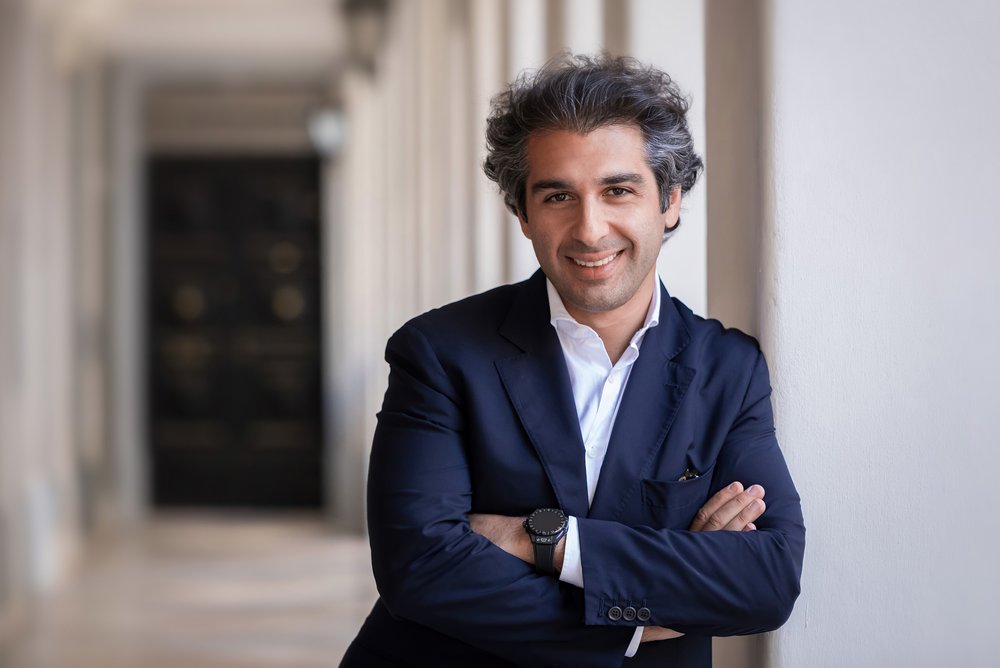 Guest conducting includes Mariinsky Theatre Orchestra, London Symphony Orchestra, Philharmonia Orchestra, the Prague Radio Symphony Orchestra, the Russian National Orchestra, Dresden Philharmonic, Sinfonia Varsovia, and many others. He has performed at many of the world’s leading venues including Vienna’s Musikverein, the Berlin Philharmonie, Salzburg’s Großes Festspielhaus, London’s Barbican Centre, the Gasteig Munich, Rudolfinum in Prague, Grand Hall of the Moscow State Conservatory and New York’s Carnegie Hall where he made his debut at the age of 28.

A great innovator, Smbatyan has founded and led many orchestras and festivals including Armenian Composing Art Festival; the “Contemporary Classics” Composers’ Festival; the “Armenia” International Music Festival; the Khachaturian International Festival, 24/04 World Orchestra, the “Generation of Independence” All-Armenian Choir and Orchestra, the Pan-Armenian Symphony Orchestra, and UNICEF Children’s Chamber Orchestra. Sergey Smbatyan is also the Artistic Director of the Khachaturian International Competition.
A recognised pioneer in the uses of AI and other technologies in classical music, as part of the 2019 World Congress of Information Technology Smbatyan conducted WCIT World Orchestra that performed the first-ever concert of music written live by AI.

In 2015, Sergey Smbatyan became the youngest recipient of the Chevalier of the Order of Arts and Letters.