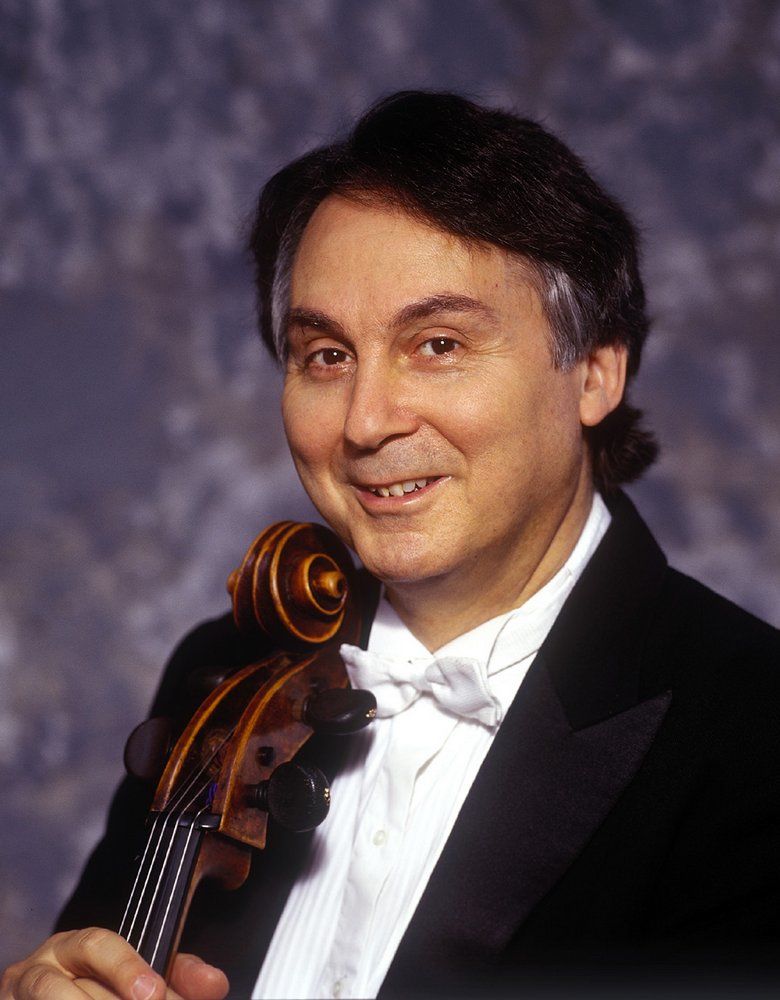 The distinguished career of Texas-born cellist Ralph Kirshbaum encompasses the worlds of solo performance, chamber music, recording, and pedagogy, and places him in the highest echelon of today’s cellists. Possessed of “wonderful tone, utter technical reliability and the imagination to make the music feel both spontaneous and well planned” (Pittsburgh Tribune-Review), Kirshbaum enjoys the affection and respect not only of audiences worldwide, but also of his many eminent colleagues and students.

An unusual component of Kirshbaum’s distinguished legacy is the creation of cello festivals. Kirshbaum founded the RNCM Manchester International Cello Festival in 1988, the final iteration of which was awarded the Royal Philharmonic Society’s Music Award for Concert Series and Festivals in 2007. In 2012, Kirshbaum inaugurated the highly successful Piatigorsky International Cello Festival in Los Angeles, centered at the University of Southern California - Thornton School of Music. A rare opportunity for artists to collaborate with and to interact with one another, the Festival returned to Los Angeles in May 2016.

Renowned for his pedagogy, Kirshbaum served on the faculty of the Royal Northern College of Music in Manchester for 38 years. In 2008, he accepted the Gregor Piatigorsky Chair in Violoncello at the University of Southern California’s Thornton School of Music, where he recently became Chair of the Strings Department. In July of 2016, Kirshbaum received an Honorary Doctorate of Music from the Royal Conservatoire of Scotland in Glasgow. He is Founder/Honorary President of the Pierre Fournier Award, as well as Honorary President of the London Cello Society, and continues to serve as Artistic Advisor of IMS Prussia Cove. Kirshbaum previously served a five-year term on the United States President’s Committee on the Arts and the Humanities.

Kirshbaum and Wosner recently performed Beethoven cycles throughout the U.S. and Great Britain. The live recording of their performance at London’s Wigmore Hall, released on the Onyx Classics label, received a five-star review from Classical Music Magazine, which raved: “Kirshbaum…is in fine form with distinctive rich-yet-lithe tone and deeply intuitive phrasing. No detail is overlooked, yet each piece is allowed to unfold organically.” Kirshbaum also has performed the complete cycle of Bach Cello Suites in Wigmore Hall, New York’s Metropolitan Museum of Art, and in Sydney, Edinburgh, Lyon and San

Francisco. A London Times reviewer wrote of Kirshbaum’s solo Bach Suites recording for EMI/Virgin Classics: "There are more than 20 complete recordings of Bach’s Cello Suites currently in the catalogue, and of all those I have reviewed in recent years, few have given me as much pleasure as these new performances by Ralph Kirshbaum."

Kirshbaum’s world premiere recording of Tippett’s Triple Concerto for Philips was named a Gramophone Magazine “Record of the Year.” Kirshbaum has recorded the Elgar and Walton Concerti for Chandos; the Ravel, Shostakovich, and Brahms Trios for EMI; the Barber Concerto and Sonata for EMI/Virgin Classics; the Shostakovich and Prokofiev Sonatas with Peter Jablonski for Altara Music; the Brahms Double and Beethoven Triple Concerti for BMG Classics with Pinchas Zukerman, John Browning, and the London Symphony Orchestra, conducted by Christoph Eschenbach; and, recently the Schubert Quintet with the Takács Quartet for Hyperion.

The rare Montagnana Cello that Kirshbaum plays once belonged to the 19th-century virtuoso Alfredo Piatti.