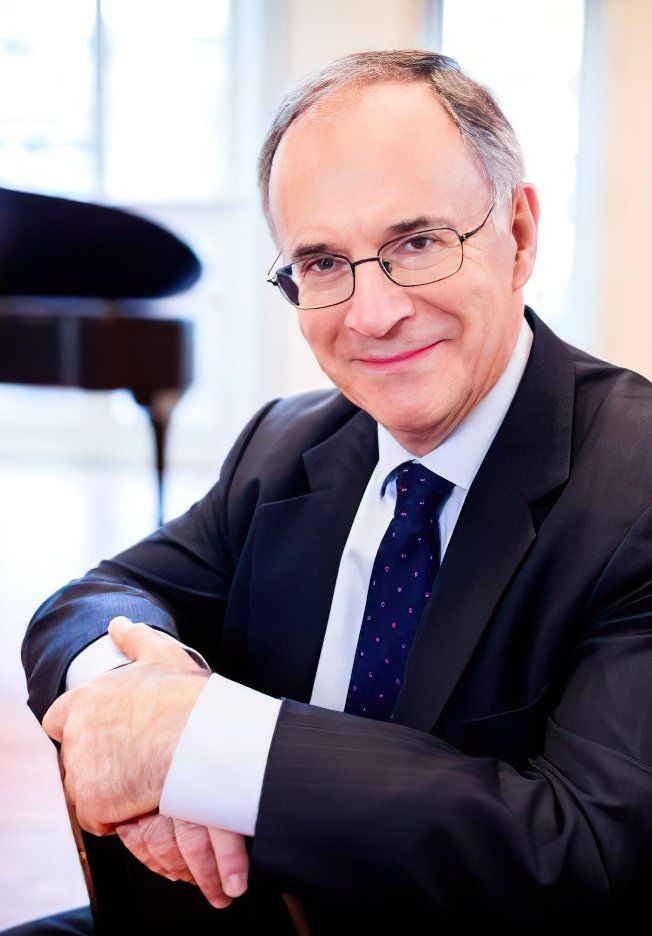 Sir Clive Gillinson was born in Bangalore, India, in 1946; his mother was a professional cellist and his father, a businessman, also wrote and painted. Sir Clive began studying the cello at the age of eleven and played in the National Youth Orchestra of Great Britain. He went to London University to study mathematics, but realizing that music had to be his life, entered the Royal Academy of Music, where he gained a Recital Diploma and won the top cello prize. After attending the Royal Academy of Music, he became a member of the Philharmonia Orchestra.

Sir Clive joined the London Symphony Orchestra cello section in 1970 and was elected to the Board of Directors of the self-governing orchestra in 1976, also serving as Finance Director. In 1984 he was asked by the Board to become Managing Director of the LSO, a position he held for 21 years, until becoming the Executive and Artistic Director of Carnegie Hall in 2005.

Under Sir Clive’s leadership, the LSO initiated some of that city’s most innovative and successful artistic festivals, working with many leading artists of the day. In the international touring arena, the LSO established an annual residency in New York from 1997 and was a founding partner in the Pacific Music Festival in Sapporo, Japan, in 1990, with Leonard Bernstein and Michael Tilson Thomas. Sir Clive believes in taking great music to society at large. In this area, his initiatives with the London Symphony Orchestra included the development of the very first orchestra music education programs in the UK, LSO Discovery; and the creation of LSO St. Luke’s, the UBS and LSO Music Education Center, which involved the restoration and reconstruction of St. Luke’s, a magnificent, but previously derelict 18th-century church. Sir Clive also created LSO Live, the orchestra's award-winning international recording label.

Sir Clive served as Chairman of the Association of British Orchestras; was one of the founding Trustees of the National Endowment for Science, Technology and the Arts; and was founding Chairman of the Management Committee of the Clore Leadership Programme. He was awarded the CBE (Commander of the British Empire) in the 1999 New Year Honours List and received the 2004 Making Music Sir Charles Grove Prize for his outstanding contribution to British music. Sir Clive was appointed Knight Bachelor in the Queen's Birthday Honours List 2005, the only orchestra manager ever to be honored with a Knighthood.

Sir Clive received an Honorary Doctor of Music degree from the City of London University in 1995 and was named an honorary Freeman of the City of London. In addition, he is a fellow of the Royal Academy of Music and the Royal Northern College of Music and received the Garrett Award for outstanding achievement in encouraging business sponsorship of the arts. Sir Clive received an Honorary Doctorate from the Curtis Institute in Philadelphia in May 2007. In May 2010, he received an Honorary Doctor of Humane Letters from Skidmore College and was recipient of the Eastman School of Music’s Luminary Award. In 2011 and 2015, he served on the cello jury of the International Tchaikovsky Competition and chaired the cello jury for the 2019 Competition. He received the 2012 International Citation of Merit at the New York 2012 ISPA (International Society for the Performing Arts) Congress. In 2012, Sir Clive was invited to become a Visiting Fellow at St. Catherine’s College, Oxford University. Sir Clive is also an Honorary Fellow of the Guildhall School of Music and Drama (HonFGS) and for a number of years served on the Honorary Board of the Brubeck Institute of the University of the Pacific. In recognition of Carnegie Hall’s successful Vienna: City of Dreams festival and continued close collaboration with the Vienna Philharmonic Orchestra, the Austrian government honored Sir Clive by bestowing upon him its prestigious Grand Decoration of Honor in Silver for services to the Republic of Austria. In addition, he received the Theodore S. Kesselman Award from the New York Youth Symphony in October 2014, the Chinese Cultural Foundation Global Achievement Award in 2014 and The Orchestra of St. Luke’s Gift of Music Award in spring 2015. Sir Clive was elected to the Board of Trustees of the Doris Duke Charitable Foundation in 2017. Sir Clive recently joined the Advisory Council of The Stephen A. Schwarzman Centre for the Humanities at the University of Oxford and The Nippon Music Foundation Instrument Loan Committee.

Sir Clive co-authored a book, Better to Speak of It, published by Arch Street Press in October 2016. Centered on core management and personal values, the book offers specific, first-hand experiences from Sir Clive and many leaders within key cultural, educational, nonprofit and corporate fields, appealing to readers ranging from nonprofit managers, arts-administration students, and the public interested in the health and well-being of the arts, as well as corporate executives and staffs seeking insight into how creativity can be applied with substantial results. Better to Speak of It has also been published in Japanese by Nikkei.