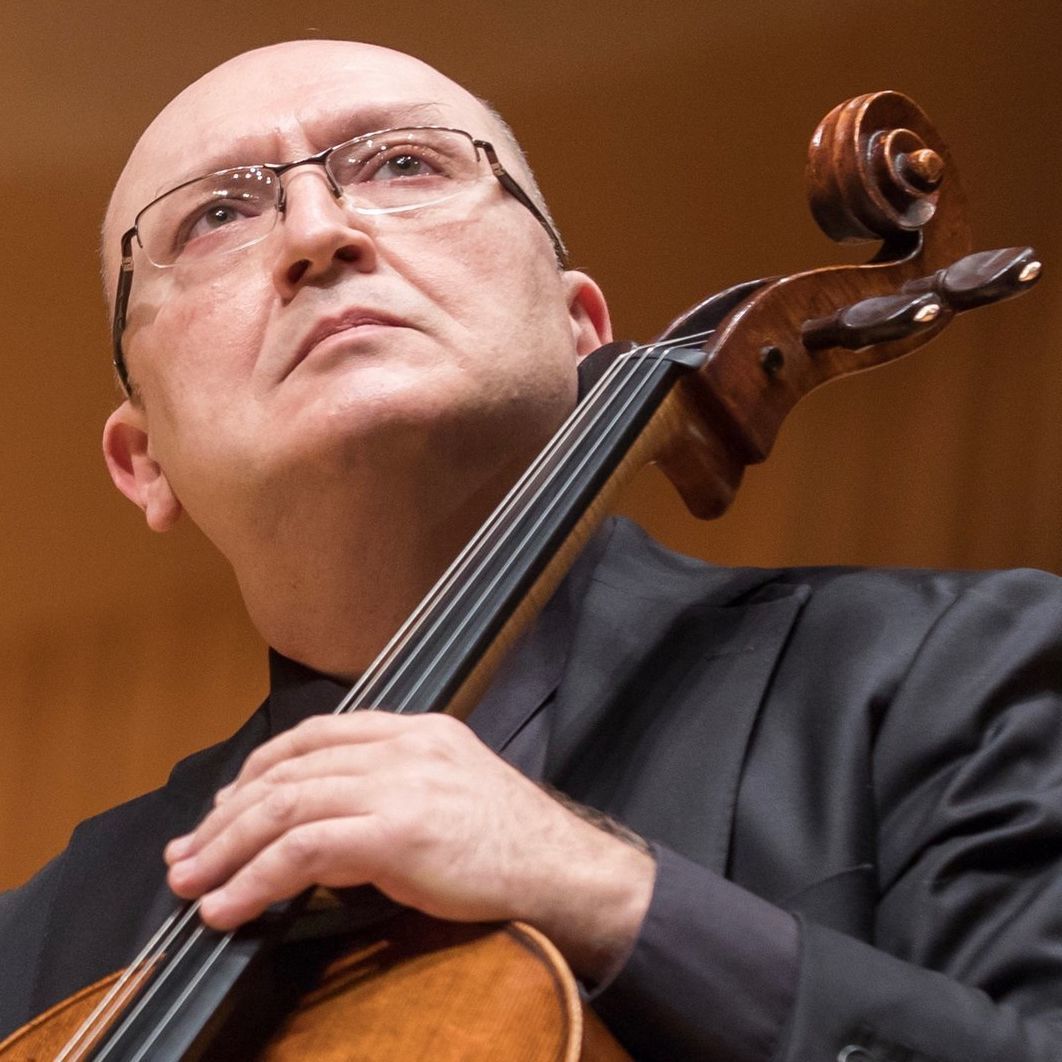 Hailed as "a cellist of uncommon attainments" by the Boston Globe, Suren Bagratuni was winner of the Silver Medal at the 1986 Tchaikovsky Competition while still a student at the Moscow Conservatory. He has gone on to a distinguished international career as a soloist, recitalist, chamber musician and recording artist.  In addition to performing throughout the former Soviet Union, he has toured worldwide earning enthusiastic praise in both traditional and contemporary repertoire.

Suren Bagratuni won critical acclaim for his first CD release on the Ongaku label, featuring works for solo cello. Fanfare called his Ongaku recording of the sonatas by Prokofiev and Shostakovich with pianist Adrian Oetiker "impressively bold accounts".  His BGR release is of the Bach Cello Suites, described in Fanfare as "captivating, occasionally controversial, and always expressive" is undergoing its second print due to high popularity.

Mr. Bagratuni’s discography consists of 21 CD and LP recordings, among which his album “Music of Armenia” includes 5 World premiere and American premiere recordings on such labels as Centaur, Marco Polo, Melodiya, CMH, Ongaku and BGR.

He also has recorded for, and has been featured on CBC Radio Canada, the Bayerischer Rundfunk, and WNYC in New York, NPR, WGBH Radio in Boston, and NHK TV Japan.

A passionate advocate for contemporary music, Mr. Bagratuni has commissioned and premiered numerous Concertos and pieces for cello and ensembles. In recent seasons he performed 5 newly composed pieces written for him by Armenian contemporary composer Vache Sharafyan, including World premieres of both cello Concertos in the USA, and with Armenian Philharmonic in Yerevan, Armenia.

His latest debut with Saint Paul Chamber Orchestra included the American premiere of Double Concerto by Tigran Mansourian, one of the greatest living contemporary composers.

Mr. Bagratuni is Professor of Cello at Michigan State University where he maintains a very busy teaching schedule and serves as Chair of String area. His students have won several National and International competitions.

Professor Bagratuni also participates as a jury member in several National and International competitions. He is also the Artistic Director of the annual Cello Plus Festival at Michigan State University, USA, called "one of the premiere classical happenings," and International Music Academy in Todi, Italy.

Suren Bagratuni has presented master classes throughout Europe, South America, the Far East, South Africa, Armenia, Canada and at numerous schools in the U.S. including the New England Conservatory, Peabody Conservatory, and the Cleveland Institute of Music.

Born in Yerevan, Armenia, Mr. Bagratuni began his musical education there at the age of seven, studying with renowned professor Zareh Sarkisyan.  He began performing at age ten, by age fourteen appeared as a concerto soloist, and by age 17 was a winner of National and International competitions.  He continued his studies at the Moscow Conservatory where he was tutored by Professor Natalia Shakhovskaya and taking lessons from legendary Daniel Shafran.  In 1988, he won first prize in the Vittorio Gui International Competition in Italy.  In the United States Mr. Bagratuni was awarded the Artist Diploma of the New England Conservatory of Music, studying with Professor Laurence Lesser.