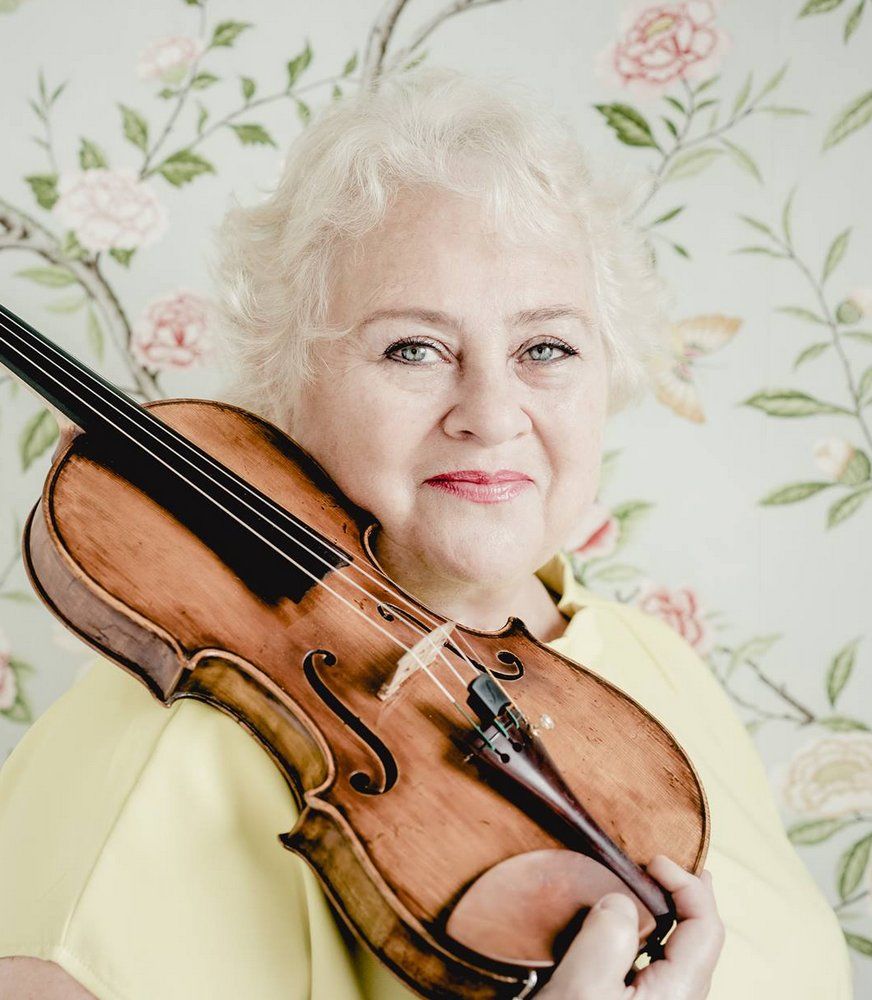 From the age of nine she was accepted as a child prodigy in the “Stoliarsky School “ for gifted children in Odessa that had already brought about such important musicians as David Oistrakh, Emil Gilels and Nathan Milstein. Her teachers there were Prof. Lembergsky and Prof. Mordkovich who themselves were students of Prof. Stoliarsky.

During her early years in Odessa she played for Isaac Stern and Ivry Gitlis and regularly performed as soloist with orchestra.

She pursued her studies at the Moscow State Conservatory named after P.I Tchaikovsky where she graduated under the guidance of Prof. Yuri Yankelevich, and string quartet with Prof. Valentin Berlinsky (Borodin Quartet).

During her student years she worked as a concertmaster in several orchestras, premiered as a soloist Kara Karaevs Violin Concerto in the Great Hall of Moscow Conservatory with the State Academic Orchestra under Dmitry Kitajenko and worked with Dmitry Shostakovich on his opera “The Nose”.

In 1973 Prof. Schwarzberg emigrated to Israel. Upon her arrival she played for Isaac Stern and Pablo Casals and came in close contact with Eugene Istomin and Sasha Schneider, all at them having a long lasting impact in her career. For many years she played on a J.B Guadagnini given to her by Isaac Stern. Her first extensive tours through Israel took place during the Yom Kippur War with the “Solanei Yerushalahim” chamber ensemble. During those years she was in close contact with Yehudi Menuhin, Piotr Bondarenko and Ilona Feher.

In 1975 the “ViDoM Trio” was founded with Mark Drobinsky and Viktor Derevianko, performing extensively in Europe, and recording all Brahms Sonatas and Trios for the Ricordi Label. Later on Prof. Schwarzberg appeared in many live performances published by the label EMI.

She won the 1st prize in the Carl Flesch Competition in London, ARD Violin Competition Munich, Romano Romanini Brescia, and was prize winner in Paganini Competition and ARD Duo Competition.

Under the suggestion of Isaac Stern she began teaching at the Mannes School of Music in New York and from 1989 at the Vienna “Hochschüle für Musik” (currently University of Music and Performing Arts) where she’s currently Professor Emeritus. She is regularly invited as a juror at international competitions. In the meantime she has been teaching in Brescia at the Romano Romanini Foundation, Accademia di Musica di Pinerolo, and numerous Masterclasses all over the world. Since 2018 she is Professor at the Buchmann Mehta School of Her students are prize winners of numerous international competitions, and around twenty of them are concertmasters in orchestras such as Israel Philharmonic, Wiener Symphoniker, Orchestre Philharmonique du Luxembourg, NDR Hannover, Tonkünstler Orchester, Seoul Philharmonic.

The well known american musician Felix Galimir exclaimed : “Dora Schwarzberg is a typical representative of the the Odessa-Moscow-Jerusalem-NY violin school!”