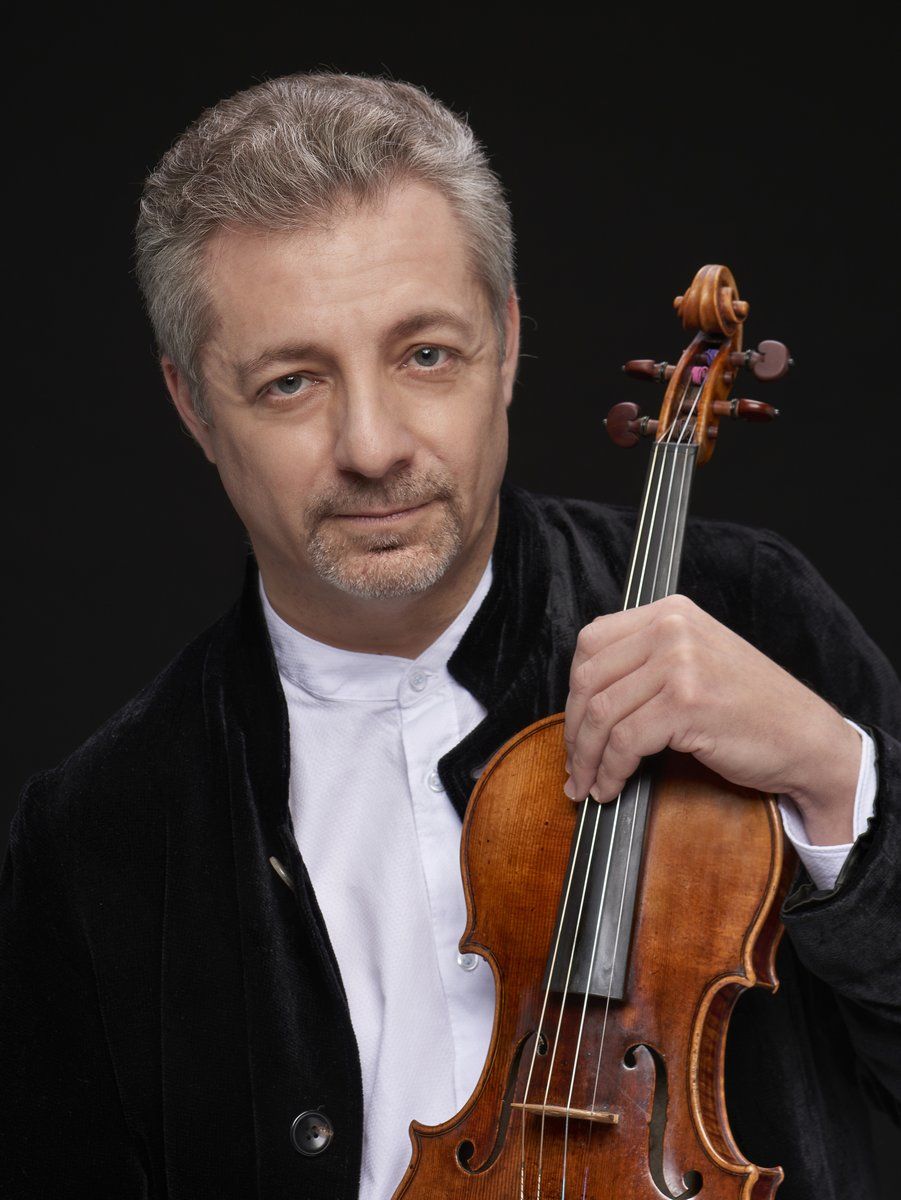 Pavel Berman was born in Moscow in 1970, studied at the Central Music School and Moscow Tchaikovsky Conservatory with Igor Bezrodniy, and then moved on to Juilliard School in New York to study with Dorothy DeLay and later Isaac Stern.

He attracted international attention when he won the Second Prize in Paganini Competition in Genoa in 1987 at the age of 17 and received the First Prize and Gold Medal in the International Violin Competition of Indianapolis in 1990.

In 1998, Berman founded Kaunas Chamber Orchestra in Lithuania and was its artistic director till 2005 when it became a symphony orchestra.

He has reached audiences at the Carnegie Hall in New York, Théâtre des Champs Elysées and Salle Gaveau in Paris, Herkulessaal in Munich, Auditorio Nacional de Música in Madrid, Bunkakaikan in Tokyo, Teatro alla Scala in Milan, Palais des Beaux Arts in Brussels, and others.

Pavel Berman has given masterclasses in Shanghai Conservatory, Livorno Music Festival, Chieti Classica, and the festival of Cividale, and he is regularly invited to participate in the juries of International Paganini Competition, George Enescu International Competition, Isang Yun Competition, Classical Strings, and many others.

Two years ago, Berman did a live recording of all Paganini Caprices for iClassical with remarks about the technique.

His latest engagements include performances with the Tokyo Philharmonic Orchestra in Suntory Hall and Opera Theatre in Tokyo, performances in the Shlomo Mintz Festival in Tucuman, Argentina, and in theatres of Milan, Turin, Palermo, etc.

As of late, he is also the co-founder and artistic director of Monteverdi Circle Online Centre for the Performing Arts.

Pavel Berman performs on an Antonio Stradivari violin, Cremona 1702 ‘ex David Oistrakh’ kindly lent to him by the Pro Canale Foundation of Milan.