On Thursday 12th May, the third edition of the Classic Strings International Competition, which is organised by SAMIT Event Group and supported by The Violin Channel, marked its fourth day with a number of performances in both the violin and cello segments which are now both well underway, with the Cello Competition in particular slowly but surely nearing the end of its First Round. 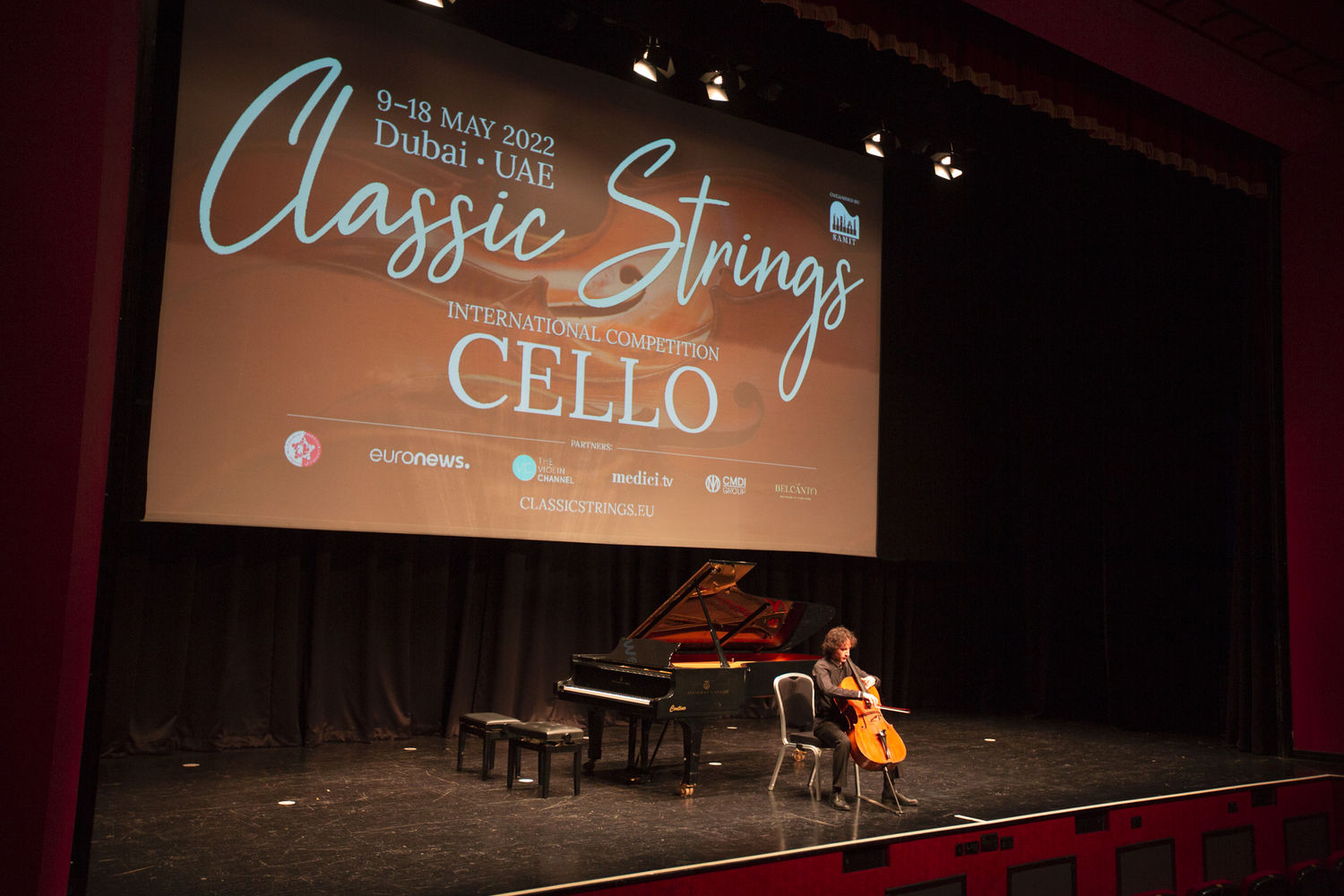 After four days of performances at the Theatre at the Mall of the Emirates, the Cello Competition within the 2022 Classic Strings International Competition is reaching the end of its First Round, with the 12th of May witnessing the penultimate session of performances ahead of the final group of competitors who will be taking to the stage on the 13th of the month.

Throughout the day, the participants also presented works by Maltese composers Joseph Vella, Ruben Zahra and Albert Pace, in line with the competition’s requirement for all applicants to perform music from a pre-selected list of Maltese composers during the First Round, with a Special Prize of €2,000 being awarded for Best Performance of a Maltese Composers’ Piece at the end of both Cello and Violin competitions.

The inclusion of this segment has been very well received by the jury board, with many commenting favourably upon it, like Boris Andrianov, for instance, who remarked that “the Maltese compositions are a very good selection of pieces I would say. They’re all so different and they allow the cellists to show very different sides of themselves. I really like them all. Some of them are very simple but also very difficult at the same time, for the cellist to show something in a very short piece, to find the character in that time”.

The Violin Competition, meanwhile, which is at an earlier phase of its First Round, also saw a number of performances which, in its case, are being held at the Auditorium of the Dubai Knowledge Park.

Jurors have so far been left quite impressed, both with the quality of the competition, as well as the applicants that have performed so far, with jury member Andrey Baranov commenting that “it’s really great to be here, and for me at least, I’m super honoured to be here as a jury member, because most of the jury members where jurors when I was doing my competitions, so for me it’s super exciting to be inside and to see how it works. In fact, if you see the members of the jury and the prizes offered, I would say that this is fast becoming one of the largest competitions in the world even, and not just the Middle East because all the jury members are really legendary professors. We are seeing very interesting participants so far, although of course there are more people we have yet to listen to. All competitions are very hard for participants because ultimately only the First Prize will be happy with the result, the others are not so happy, but everybody is trying to do the best work they can”.

The prizes for Classic Strings, in fact, are quite unrivalled in the world of music competitions, with a total prize fund of €320,000 awaiting the most accomplished musicians of both segments, including a €100,000 prize for each winner, and further prizes and Special Awards for the first and second runners-up, and the winners of various special categories.

The Violin Competition within Classic Strings shall now be taking a one-day break before continuing with the second phase of its First Round, while the Cello Competition shall be bringing First Round proceedings to a close on the 13th of May, with the names of those chosen to proceed to the Second Round expected to be announced on the same day.