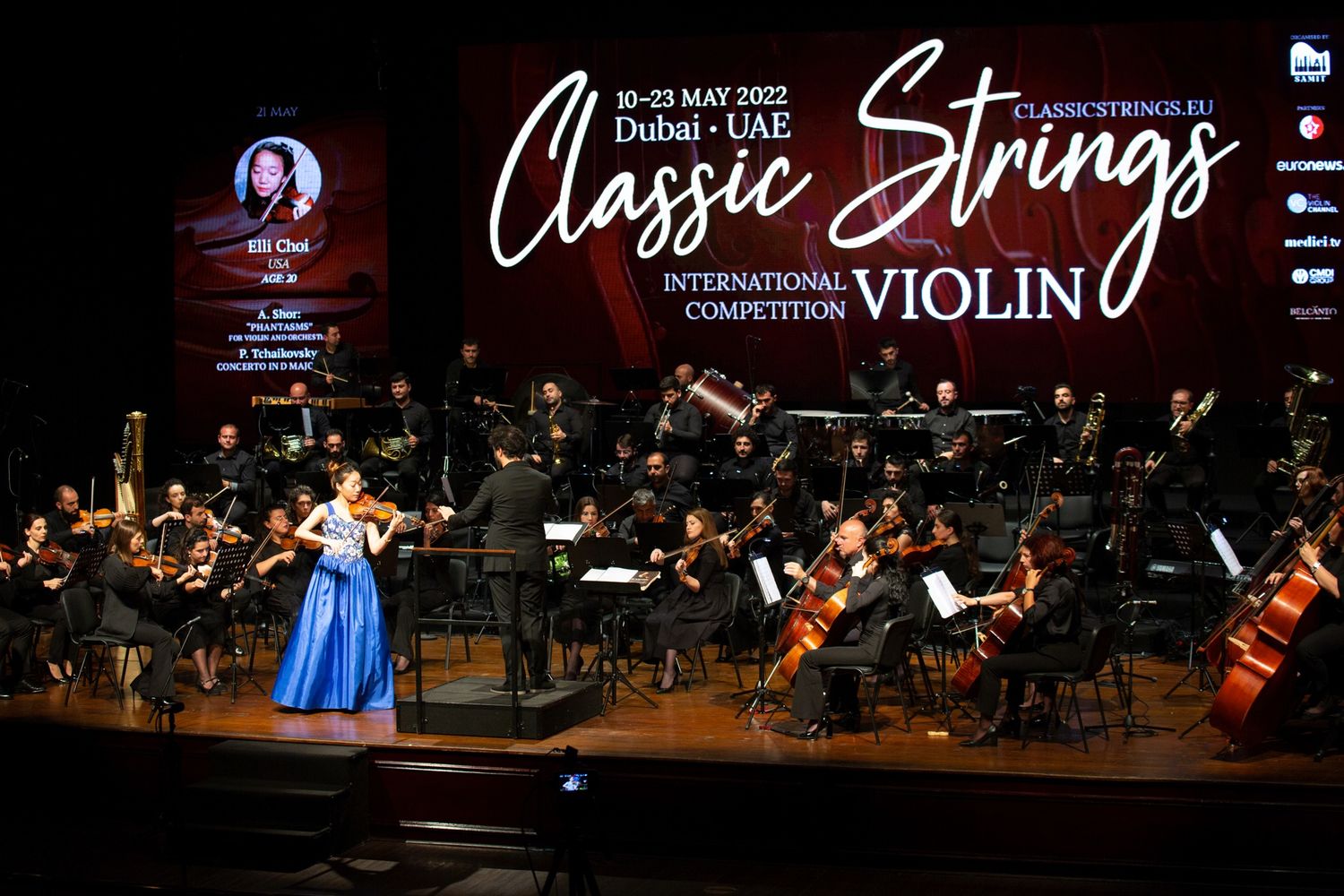 The second round of Classic Strings 2022’s Violin Competition is nearly at an end, with only one remaining batch of candidates left to perform before judges announce the list of finalists on Friday 20th May.

Organised by SAMIT Event Group and supported by The Violin Channel, the latest edition of the Classic Strings International Competition has already seen various talented young cellists walk away with a number of prizes worth a total of €157,000. Now, following the culmination of the event’s Cello Competition, the 19th of May has witnessed its Violin Competition complete the second day of its second phase, with the round scheduled to come to an official close on the 20th of the month.

12 of the 18 candidates who made it through the contest’s First Round have already taken to the stage at the Auditorium of the Dubai Knowledge Park, with each performing the 1st movement, with cadenza, from W.A. Mozart’s concertos No. 3, No. 4, or No. 5; a sonata from either L. V. Beethoven, J. Brahms, R. Schumann, F Schubert, R. Strauss, S. Prokofiev, C. Franck, D. Shostakovich, C. Debussy, M. Ravel (Sonata No.2, M77), or E. Grieg (Sonatas No.2 or 3); and one further composition of their choice.

Presiding over these affairs is an acclaimed jury board, consisting of Chairman Martin T:Son Engstroem (Sweden), as well as fellow jurors Andrey Baranov (Switzerland), Pavel Berman (Italy), Zakhar Bron (Germany/Switzerland), Michael Dauth (Germany), Michael Guttman (Belgium), Zuo Jun (Singapore), Boris Kuschnir (Austria), Dora Schwarzberg (Israel/Austria) and Eduard Wulfson (Switzerland). Once all the contestants in this round have presented their work, these ten jurors will then retreat to tally up their points, deliberate, and eventually release the list of individuals who will have been chosen to participate in the event’s Final Round.

Commenting about the level of talent at the competition, juror Eduard Wulfson hinted that the ultimate choice of finalists may be quite a straightforward one, remarking that “I think it is very democratic, there are good sides and bad sides. It’s very unequal, and equal at the same time because in this way everybody was given a chance, but there are some participants who stand out more than others very clearly”.

The eventual winner of the Violin Competition stands to win a First Prize worth €100,000, which will consist of a €50,000 cash prize along with a ten-concert tour with an honorarium of €5,000 per concert. There will also be awards for the competition’s second and third placed contestants, as well as a series of Special Prizes in recognition of different achievements.