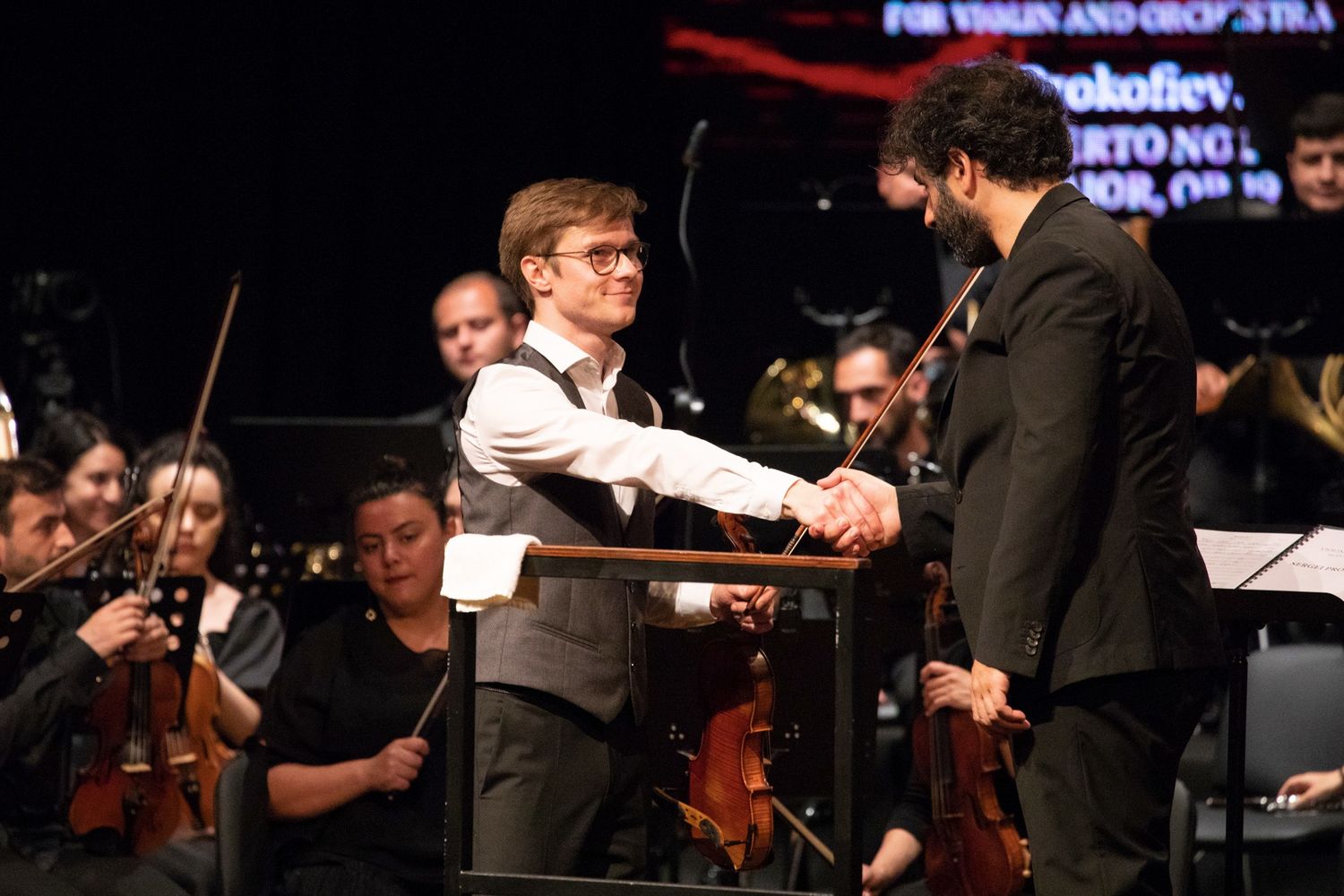 The Final Round of the Classic Strings’ Violin Competition is now underway, with a total of nine violinists going head-to-head on the stage of the Music Hall of the Jumeirah Zabeel Saray hotel.

The 2022 Classic Strings International Competition, which is being organised by SAMIT Event Group, has now reached its most exciting stage, with the three-day Final Round of its Violin Competition kicking off at the spectacular Music Hall of the 5-star Jumeirah Zabeel Saray on Saturday 21st May.

Accompanied by the globally-acclaimed Armenian State Symphony Orchestra, under the baton of their Founder, Artistic Director, and Principal Conductor Sergey Symbatyan, each of the nine finalists will be presenting two separate works for the jury’s appraisal – Composer-in-Residence Alexey Shor’s celebrated violin concerto, Phantasms, and one additional concerto from a choice of either L. V. Beethoven, J. Brahms, P. I. Tchaikovsky, J. Sibelius, A. Khachaturian, D. Shostakovich (Concerto No.1), S. Prokofiev (Concerto No.1 or No. 2), or N. Paganini (Concerto No.1).

The 21st saw three of these nine taking to the stage, interpreting works by Shor, Tchaikovsky, Shostakovich and Beethoven. All the performances were streamed live on YouTube as well as the website of the competition’s official media partner, The Violin Channel.

The jury panel itself, consisting of Chairman Martin T:Son Engstroem (Sweden), Andrey Baranov (Switzerland), Pavel Berman (Italy), Zakhar Bron (Germany/Switzerland), Michael Guttman (Belgium), Zuo Jun (Singapore), Boris Kuschnir (Austria), Dora Schwarzberg (Israel/Austria), Eduard Wulfson (Switzerland) and the latest addition Avi Shoshani, who has joined the board for this final phase, will be analysing each of the contestants’ performances over the three days before announcing the official list of prize winners on Monday 23rd May.

The First Prize winner of this year’s Violin Competition will be awarded a prize worth €100,000, consisting of a €50,000 cash prize along with a ten-concert tour with an honorarium of €5,000 per concert. There will also be awards for the competition’s second and third placed contestants, as well as a series of Special Prizes in recognition of different achievements, including a €5000 prize in recognition of the Best Performance of a Compulsory Piece in the Final Round.