The second day of Classic Strings saw a new batch of participants performing in the Cello Competition at the Theatre at the Mall of the Emirates, while the Violin Competition also launched with its first set of competitors, with its First Round taking place at the Auditorium of Dubai Knowledge Park. 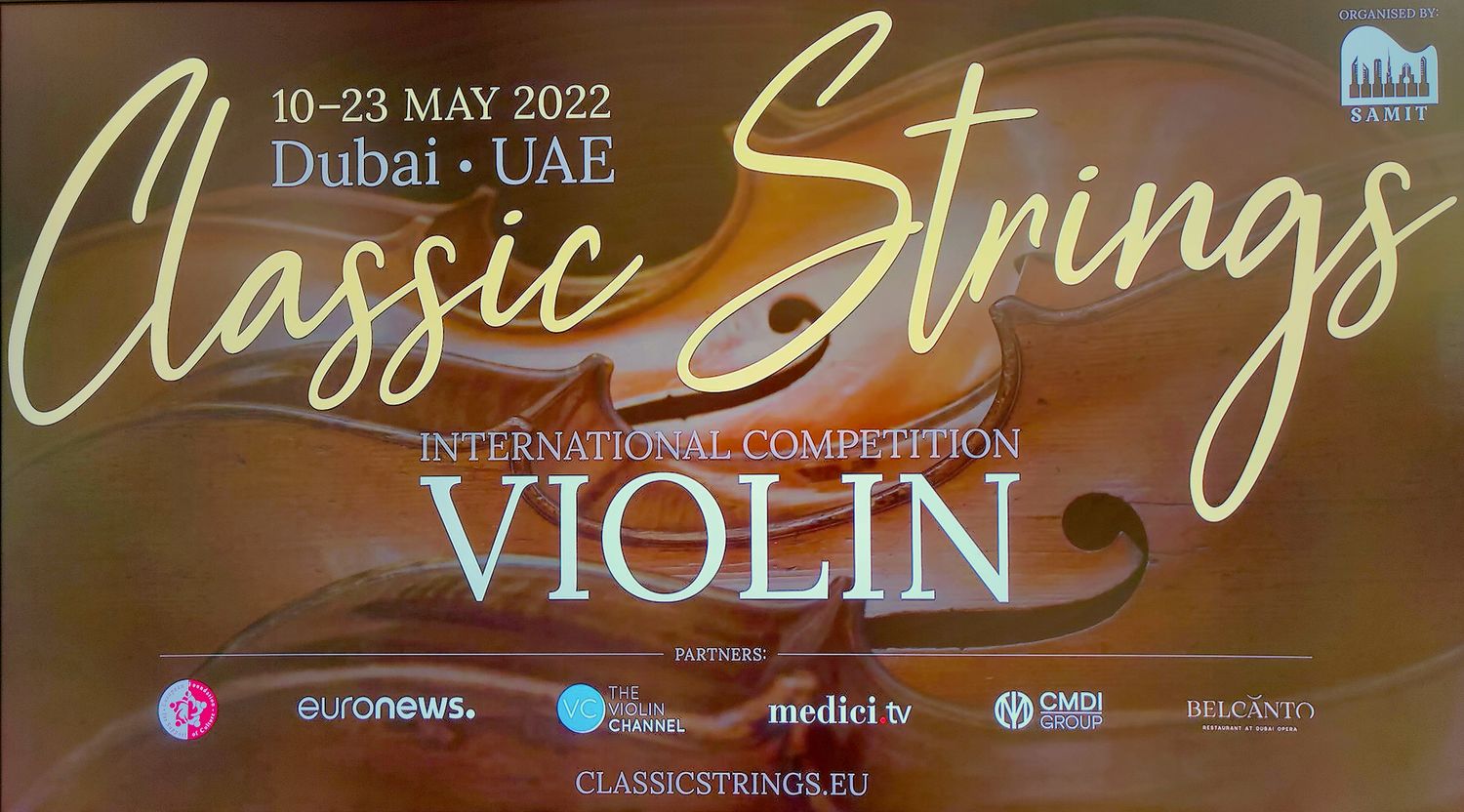 The third edition of SAMIT Event Group’s Classic Strings International Competition is in full swing, with both categories of the competition – cello and violin – now underway. In the Cello Competition within the event, which began yesterday, applicants have continued to perform at the Theatre at the Mall of the Emirates, putting their musical abilities to the test in front of a jury panel stacked with acclaimed master in the cello world, including Chairperson Dominique de Williencourt (France), Boris Andrianov (USA), Suren Bagratuni (USA), Alexander Chaushian (Armenia/UK), Henri Demarquette (France), Julian Lloyd Webber (UK), Philippe Muller (France), Martti Rousi (Finland), Meehae Ryo (South Korea) and Tsuyoshi Tsutsumi (Japan). The event is supported by the Violin Channel.

There were also a number of pieces from Maltese composers Joseph Vella, Ruben Zahra and Albert Pace being performed, since Classic Strings is obliging all participants in both categories to perform music by one of these three composers in the First Round, and is further encouraging these efforts with a Special Prize of €2,000 for Best Performance of a Maltese Composers’ Piece which shall be awarded at the end of each respective competition.

Asked about the repertoire for this round, jury member Martti Rousi praised the variety there is on offer, noting that “the combination of having the Bach and some Popper etudes is actually very demanding, instrumentally and also musically, just being with the cello on stage alone and creating this kind of concert atmosphere is not easy, so it’s going to be very interesting to follow everybody’s performances and see what kind of style they are able to pull out. And this concert hall where this round is being held is just perfect because we can really hear every tiny detail!”

The Finnish cellist also singled out the Maltese music for comment, declaring that “I think it is a very good idea of the organisers to include the Maltese compositions. The pieces that one can choose from are very different in style, some of them are more modern in their musical language and some of them are more romantic type pieces, so it also shows what kind of style the candidate is more familiar with and it’s also interesting to see which piece from all the Maltese pieces they choose, it’s like some kind of direction for their artistic development. Also these pieces are not so well known so for us, probably for everyone of us, it’s the first time we hear these pieces, and I just love that idea”.

Meanwhile, the first day of the Violin Competition, whose First Round is being held at the Auditorium of Dubai Knowledge Park, was similarly characterised by a constant flow of young musicians eager to showcase their skill set. Performing in front of a jury board chaired by Martin T:Son Engstroem (Sweden), and made up of Andrey Baranov (Switzerland), Pavel Berman (Italy), Zakhar Bron (Germany/Switzerland), Michael Dauth (Germany), Michael Guttman (Belgium), Zuo Jun (Singapore), Dora Schwarzberg (Israel/Austria) and Eduard Wulfson (Switzerland), the competitors interpreted music from Johann Sebastian Bach, Niccolò Paganini, Henryk Wieniawski, Fritz Kreisler, Eugène Ysaÿe, Heinrich Wilhelm Ernst and Ernest Chausson throughout the course of the day, with pieces by Joseph Vella and Ruben Zahra also featuring consistently.

Speaking at the cusp of the event, jury chairperson Martin T:Son Engstroem stated that “classical music is not the first thing you imagine when you talk about Dubai but I’m glad that Classic Strings is here. The organisation is all very professional,  and I’m very glad for all the effort that the organisational committee is doing in providing a platform for these young musicians.”