Second Round of Cello Competition Kicks Off at Classic Strings 2022 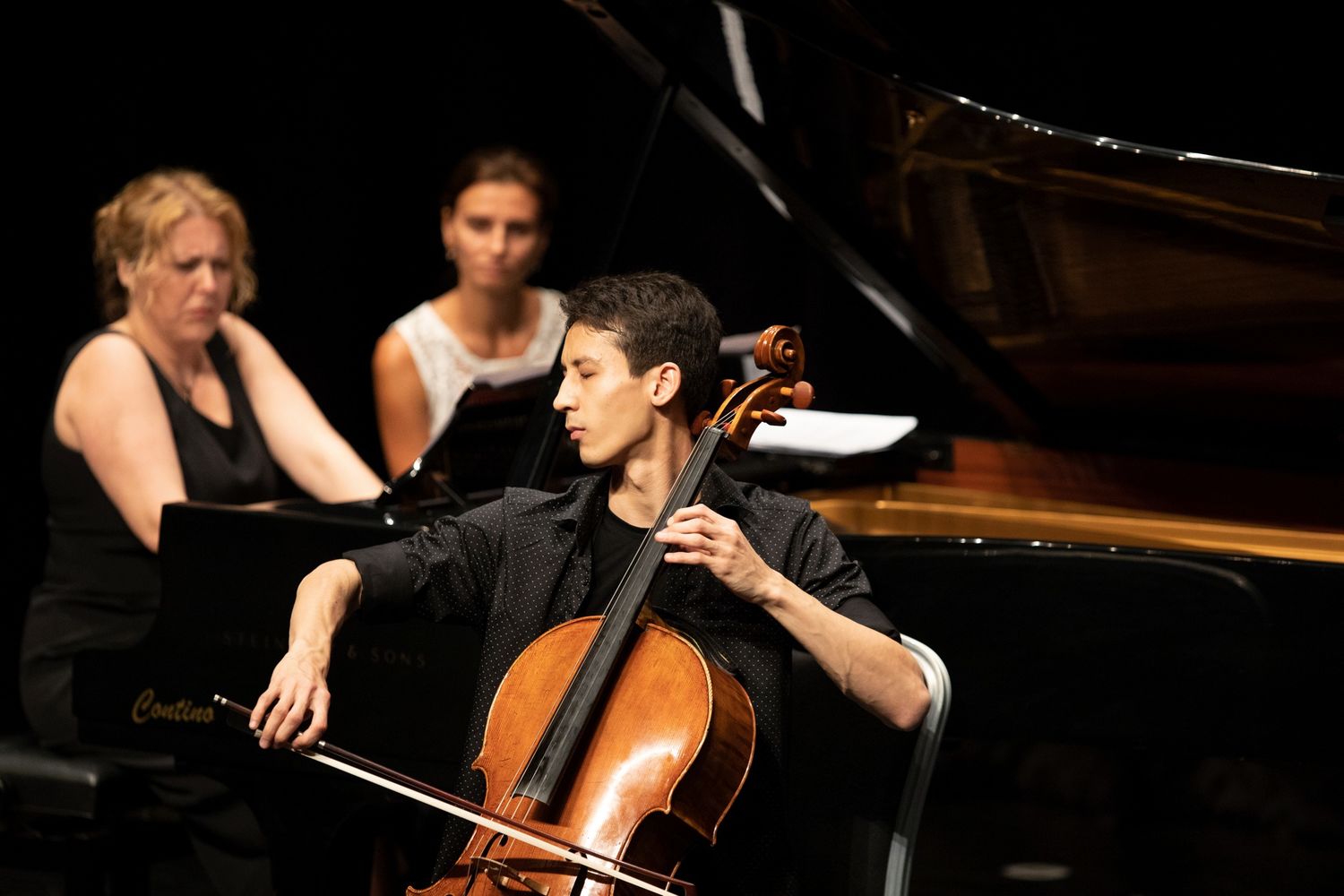 On Sunday 15th May, the Cello Competition within the Classics Strings International Competition held the first performances of its Second Round, while the Violin Competition marked the penultimate day of its own First Round.

Organised by SAMIT Event Group, and supported by The Violin Channel, the 2022 Classic Strings International Competition saw the launch of the Second Round of its Cello Competition on Sunday 15th May.

Throughout this phase of the competition, which is taking place at the Auditorium of the Dubai Knowledge Park, participants will be performing a sonata from a pre-selected list of composers, including F. Schubert (“Arpeggione”), C. Debussy, L. V. Beethoven (Sonata No. 3 or No. 4), S. Prokofiev, J. Brahms (Sonata in F-Major), D. Shostakovich, R. Strauss and S. Rachmaninov, as well as an additional composition of their choice. During this first day, the list of works presented included pieces by D. Shostakovich, A. Ginastera, L. V. Beethoven, J. Brahms, F. Schubert, I. Stravinsky, B. Britten, J. Ducros, R. Schumann, S. Rachmaninov, G. Ligeti and E. Ysaye.

Performing before a jury panel made up of some of the most esteemed names in the world of cello, including Chairman Dominique de Williencourt (France), Boris Andrianov (USA), Suren Bagratuni (USA), Alexander Chaushian (Armenia/UK), Henri Demarquette (France), Julian Lloyd Webber (UK), Philippe Muller (France), Martti Rousi (Finland), Meehae Ryo (South Korea) and Tsuyoshi Tsutsumi (Japan), the competitors are being analysed on all aspects of their musical ability, before the most accomplished are chosen to take part in the Final Round at the Music Hall of the Jumeirah Zabeel Saray hotel, where, among other things, they will have the opportunity to perform on stage alongside the Armenian State Symphony Orchestra.

While avoiding any comments on particular candidates, many of the jury board have confessed to being left impressed with the quality of talent on display, with Alexander Chaushian remarking that “I think the general level has really been very good. As always, there are a few participants who have been of a very high calibre and some not that high, but the general has been excellent and very nice to see”.

Various pieces from Johann Sebastian Bach, Niccolò Paganini, Maurice Ravel, Fritz Kreisler, Tomaso Antonio Vitali, Eugène Ysaÿe, Camille Saint-Saëns, Heinrich Wilhelm Ernst, Pyotr Ilyich Tchaikovsky, Henryk Wieniawski and Alfred Schnittke, as well as Maltese composers Albert Pace and Joseph Vella, were interpreted at the Theatre at the Mall of the Emirates, with jurors similarly praising the variety of contestants, and the level of performances that they are witnessing.

“Speaking generally, this competition is very interesting”, juror Boris Kuschnir said. “We have many interesting and talented participants and a good mixture of many young people and some who have already played in many other competitions. For us it’s very interesting to see the interesting aspects of each competitor’s playing and to see what each of them has to say with their instrument”.

Monday 16th May shall now see both competitions concluding their respective rounds, with the lists of successful candidates expected to be released later on in the day.