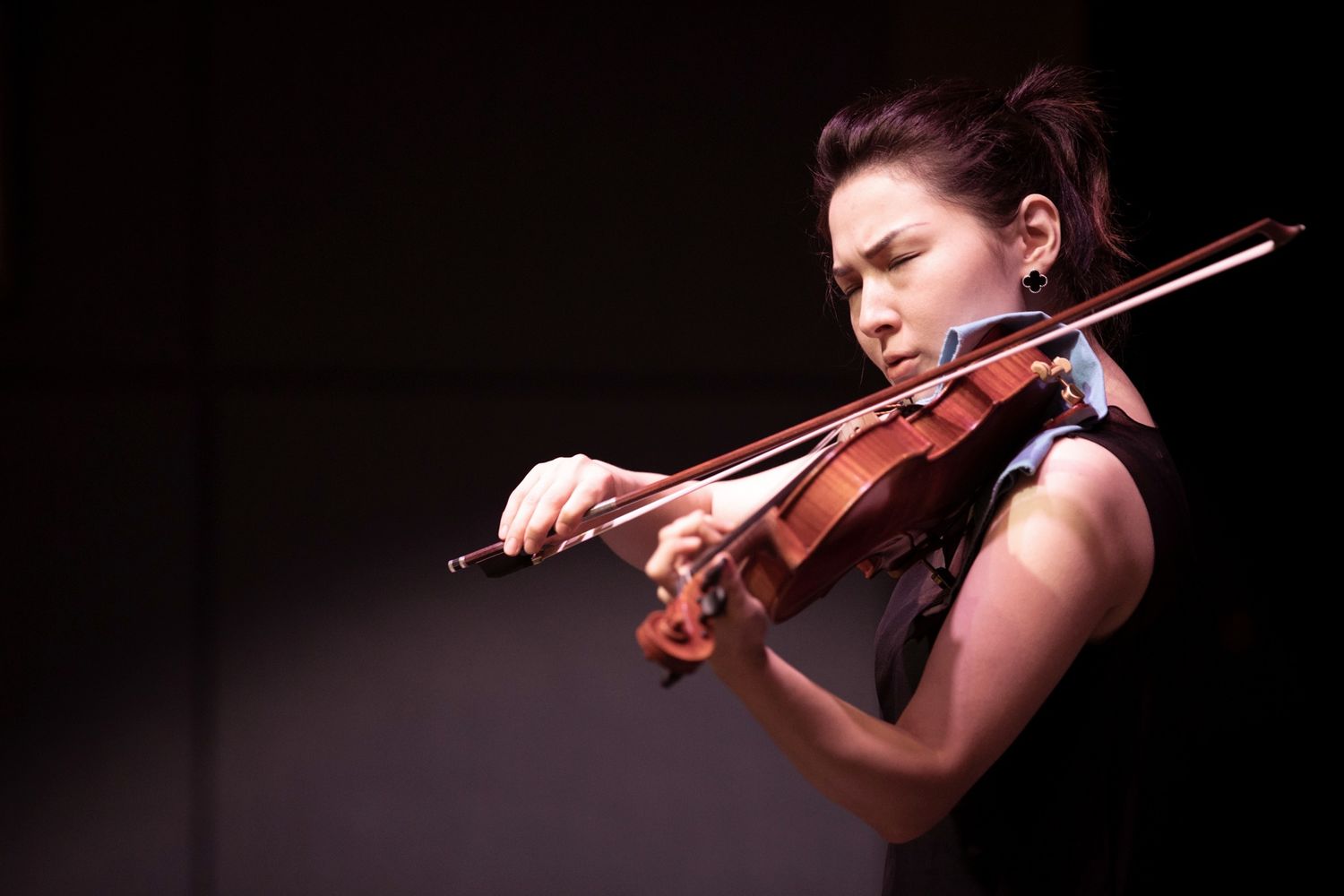 On Monday 16th May, the Violin and Cello Competitions reached the conclusion of their First and Second Rounds respectively, with the jurors of both competitions releasing the names of those who have been chosen to proceed to the later rounds.

SAMIT Event Group’s 2022 Classic Strings International Competition has hit its halfway point on what turned out to be a big day for both Violin and Cello Competitions, with the jury boards announcing the lists of those who have made it to the Second Round and Final Round, respectively.

The Cello Competition, which has been taking place at the Auditorium of the Dubai Knowledge Park, is now almost at its final stretch, with the last set of candidates who made it to the Second Round performing in front of Chairman Dominique de Williencourt (France), and the rest of the jury panel, made up of Boris Andrianov (USA), Suren Bagratuni (USA), Alexander Chaushian (Armenia/UK), Henri Demarquette (France), Julian Lloyd Webber (UK), Philippe Muller (France), Martti Rousi (Finland), Meehae Ryo (South Korea) and Tsuyoshi Tsutsumi (Japan).

Interpreting works by L. V. Beethoven, J. Ducros, D. Shostakovich, R. Schumann, S. Rachmaninov, G. Ligeti, F. Schubert, E. Ysaye, J. Brahms,  I. Stravinsky, R. Strauss, N. Boulanger, C. Debussy and J. Brahms, the contestants gave it their all in front of the jury, who, a short while later, retreated to deliberate and confirm the list of applicants who have been selected to participate in the contest’s Final Round.

In all, eight candidates were ultimately selected. Listed in alphabetical order by surname, these are:

“We selected eight participants, all of them of a very high level”, jury chairman Dominique de Williencourt said. “It was very interesting to hear what they chose with regard to music, and it is interesting now to see what they will choose for the final. Technique is very important but music is first of course and seeing what choices each participant makes is interesting to us. Ultimately when it comes to competitions we can always say, ‘Oh I would have liked this one or that one in the final’, but I think globally the jury is quite in agreement. It was also interesting to see them open up in this round. The First Round was very technical, but here they could open up more I think, and we could hear a very big difference between the first and second round. I think all of them raised their level and played better. They were more themselves and we heard many, many good things like this”.

Meanwhile, a short distance away at the Theatre at the Mall of the Emirates, the Violin Competition also saw the close of one of its phases, with the First Round of this contest reaching its conclusion.

After listening to performances of works by… from the last batch of contestants, the jury board, comprised of Chairman Martin T:Son Engstroem (Sweden), along with Andrey Baranov (Switzerland), Pavel Berman (Italy), Zakhar Bron (Germany/Switzerland), Michael Dauth (Germany), Michael Guttman (Belgium), Zuo Jun (Singapore), Boris Kuschnir (Austria), Dora Schwarzberg (Israel/Austria) and Eduard Wulfson (Switzerland), weighed up the skills of the entire cohort before deciding upon a selection of 18 violinists who will be moving on to the second phase of the competition.

Listed in alphabetical order by surname, these successful participants are:

Looking back on the First Round as a whole, violin jury chairman Martin T:Son Engstroem struck a balanced tone, noting that “like in all competitions, you pick the best ones you hear. It doesn’t mean that all of these are great or are headed for a solo career, but these are the best from the lot we heard. It’s a colourful bunch; there are some professional competition players, and then you have some individualists who perhaps go a little further and take bigger risks and that’s finally those who you are the most interested in, so it’s always about individual talent. Everybody can play. If you can’t have a good technique you should stay home, and we had a couple of people who perhaps should not have been here, but there were some very interesting personalities and now we will see how they will do and how they will manage to get on in the next round”.

The winner of each of these competitions shall receive a prize worth €100,000, divided into a €50,000 cash award and a tour of 10 concerts with an honorarium of €5.000 per concert. The first and second runners-up will win €30,000 and €15,000 respectively, while there will also be a number of special prizes to recognise various other achievements, including a €2,000 prize for Best Performance of a Maltese Composers’ Piece, and €5,000 prize for the Best Performance of a Compulsory Piece in the Final Round.

The Cello Competition will continue with its Final Round straightaway, with the first set of performances in this phase taking place on the 17th of May at the Music Hall of the Jumeirah Zabeel Saray Hotel. The Violin Competition, on the other hand, shall be taking a one-day break before commencing its Second Round on the 18th of the month at the Dubai Knowledge Park.